Twinkies Return with a New Slogan 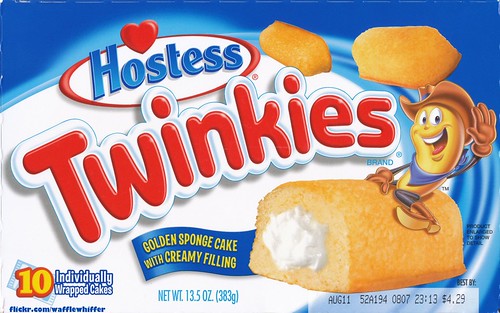 How do you announce the return of an iconic brand that vanished from shelves because of corporate mismanagement? That’s the challenge facing slogan makers for Hostess Brands as the company prepares to bring back the ever popular Twinkies and other sugary snacks.

The legendary snack foods nearly became extinct because of a nasty labor struggle last year. Hostess’s new owners are trying to prepare the public for the return of some of its favorite treats with a host of new taglines. The revamped marketing slogans are colorful but can they really sell CupCakes and Twinkies again?

The marketing slogans include: “The clock is ticking. And when it reads septuplet zeros, the greatest treats the world has ever known will triumphantly return.” “Twinkies, CupCakes and other American snack icons that the people decided they just couldn’t live without.”

Hostess’s latest batch of catchy slogans is an interesting use of taglines that many business owners don’t think about: the use of a tagline to generate hype to promote a special event.  The special event in this case being the re-launch of the Hostess brands and the return to store shelves of the junk food.

The idea here is to make an everyday event the launch of some new snack foods into something special. The slogans are designed to add to the excitement around it and generate anticipation.

These are one-shot slogans because they will only be used once for the Twinkies comeback then abandoned. Unlike some catchphrases they are designed to last or create a permanent image. Instead they are designed to drum up a little quick publicity and help consumers notice that the products have returned.

How to Use One-Shot Slogans

If one-shot slogans work for Twinkies they can work for your business or product as well. The Hostess taglines have achieved their purpose some of them have been repeated in news articles which makes the re launch seem like an important event.

Next time you have a special event or a change at your organization why not create a one-shot slogan to promote it? Today’s slogan writing contests enable almost anybody to create a catchphrase quickly for a small amount of money.

If you’re planning an event such as the opening of a new location, the launch of a new product or your company’s anniversary sale why not promote it with a tagline specially commissioned for the occasion. The phrase can make the event seem more special and hopefully generate a little extra publicity.

If you want to create a special event for your organization try a slogan-writing contest. Whether it’s your group’s bake sale or a move to a new location you can turn the ordinary into the extraordinary with a really good slogan.