The whole point of slogans or taglines as they are often now known as, is to connect with customers old, new and prospective.  Some of the best slogans are those which sound believable.  Promising the world doesn’t always work and people are naturally doubtful about statements that imply their entire life is going to improve just by making a simple purchase.

If your company slogan is something which customers can believe, they won’t just buy into your tagline but they are much more likely to buy from you period.  Depending on your industry, it may be worth deciding upon a slogan that is slightly longer than the one or two words which many tech businesses in particular love so much.

Plausibility is the Key to a Successful Slogan

Having a slightly longer slogan allows people to connect with it on an emotional level.  If it sounds plausible then they are likely to believe it.

Most people will have heard the phrase ‘An Apple a day, keeps the doctor away’. This isn’t some old country saying by a wise grandma but instead a slogan devised by an ad agency in 1920’s London.

It didn’t just work because it was catchy but because people could see the connection between eating healthy and staying healthy. Nearly a century later and we are still familiar with the slogan long after we’ve forgotten the name of the fruit company who commissioned it.

It’s not just businesses who can benefit from a slightly longer slogan.   Even President Obama is thought to have largely won his first presidential election by using one.

He didn’t besmirch his opponent or come up with a bland slogan as so often used by politicians of both sides such as ‘Positive Change’ but instead used ‘Change We Can Believe In’.  Whatever you think of his politics, the slogan is undeniably a classic one, his slogan didn’t promise the earth but captured enough voters imaginations that relatively small amount he did promise was actually possible.

Many of us are so over-exposed to one or two word straplines from technology giants that we forget the alternatives.  Depending on the business sector that you are operating in, it is important to adjust your slogan taking into account of your customer base.

By specifying the type of slogans you like and those of rival organizations you admire in your slogan writing contest. You are much more likely to get a slogan that will help you forge an emotional bond with customers.

Can you believe it that the famous ‘Just Do It’ tagline from Nike has just celebrated its 25th Anniversary.  In the fast moving world of corporate branding this is miraculous enough but considering Nike is in both the sports and fashion industries make this achievement even more amazing.

‘Just Do It’ is a great example of a slogan without any hype.  It is empowering yet simple and appeals to anyone and everyone who either feels athletic or who believes that by simply purchasing a pair of footwear, they will on some level match up with their sporting heroes.

Ironically, ‘Just Do It’ was never a popular choice within the Nike offices or with their creative advisers. Perhaps because it originated as the last words of Gary Gilmore who was convicted for multiple murders and who spoke it to his firing squad!

No-nonsense slogans appeal to customers because they tell it like it is.  Wikipedia – The Free Encyclopedia says everything that anyone interested in information needs to know.  Their name, that they are an encyclopedia and that it is free, not just that is free but with the ‘the’ it implies they are the definitive free encyclopedia.

In Great Britain they are the ultimate in no-nonsense straplines.  The Ronseal roof, fence and garden furniture paint protects items from damage by rain, snow and ice.

It’s slogan of ‘Does exactly what it says on the tin (British English for can)” is delivered by blunt, plain speaking builder, contractor and home-improvement types.  It was always meant to be worked on before it got final improvement but it never happened before an influential company executive gave this work in progress slogan his full support.  The product, company and advertisements have been famously running for 20 years and its slogan is now recited by everyone from builders to sports stars and politicians.

Get to the Point

When coming up with a slogan for your business or choosing a winning slogan from a slogan contest, it often is best if you keep things simple.  As tempting as it is to go with a strapline that is quirky or clever, the bottom line is that you want your business or product’s tagline to be something that your customers will be interested in and understand.

Consider what your customer base is and ensure your slogan contest guidelines specify what type of slogan you are looking for. Most customers are not in the ad agency industry so they will be bothered by puns and playing with words but instead appreciate straight talk. 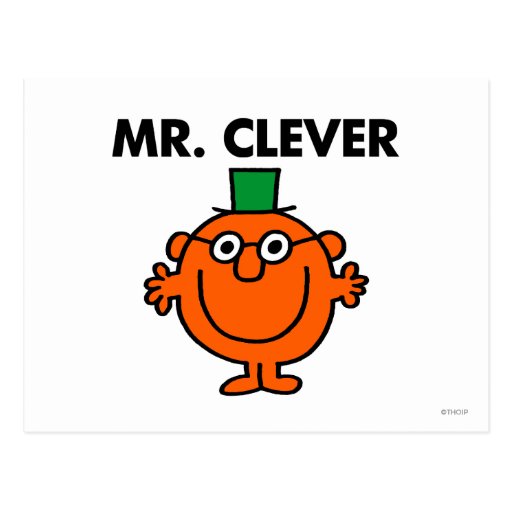 Be Clear Not Clever

Have you ever watched a TV commercial which seems to be filmed with the budget of a Hollywood movie but the mystery of a French film-noir?  At first your attention is gained.  Golly gosh, this thing must be good just look at the scope of the ad.  Hmmm, I wonder what it’s about?

I know I’ll just watch the end of the commercial, all is going to be revealed right?  I mean, they want to sell me something don’t they?  Soon you get puzzled or worse still bored.  Finally, it reaches its conclusion.

That was great wasn’t it?  What were they selling by the way?  I don’t know but didn’t it look good.  A few hours later, you watch it again and you don’t even remember seeing it before but then you realize you did and that you still don’t know what they are advertising.

Mystery is Not Good in Slogans

The media is full of advertising types who think that we’ve seen it all before and to a degree we all have.  They think that by being clever, by raising our interest that we will be curious and investigate the product or business themselves doing their work for them!

Sometimes this approach to slogan writing might work but only if it the approach is very new and very clever.  Usually it is an approach taken by marketing execs who are all trying to out-do each other and get a big pat on their back for their ingenuity.

The big problem here is that generally speaking in the real world, people don’t have time to spare from their hectic lives to go do some investigative work.  People, whether your existing customers or potential ones all have urgent problems and they need to see easy and quick solutions.

Keep the Mystery out of Your Slogans

Why not take a look at your website or your business cards.  Are the slogans clear about what it is your business is offering?  Don’t miss out on business by being too clever.  Simple and clear taglines that tell your target audience what they want to hear will always beat clever and ambiguous taglines.

If you have any doubts about your existing tagline then the chances are lots of other people do too and doubts mean lost opportunities and lost sales.  Holding a slogan contest at Slogan Slingers is a quick, innovative and effective way to help you come up with the tagline that you need.

We guarantee that you’ll instantly get the slogans that our writers will come up with and even more importantly, they won’t leave your customer base scratching their heads.